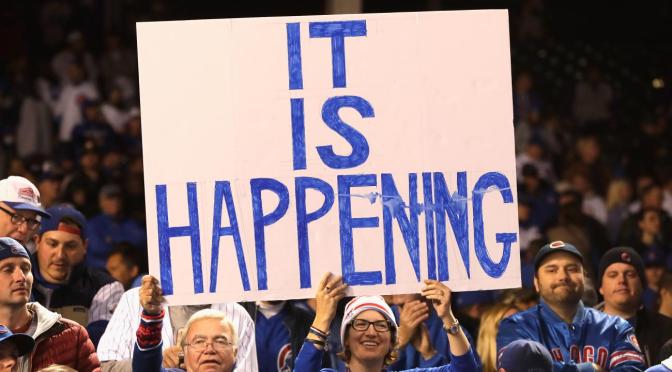 The key to a useful mulligan is leaving behind the circumstances that got you wherever you are. Whatever has passed may be important, but it is also no longer relevant. Neither is the impending doom that appears to be threatening you. Again, it may be important to know that’s out there, but it’s even more important to forget that it is — and act with bravery. For in that bravery, it is that amnesia that allows us to succeed in life as it happens.

David Bowie and Leonard Cohen Each of these music innovators recorded and released brilliant albums in the days leading up to their death.  Each had shared their lives with millions of us who followed their long, prodigious musical careers.  They each could have rested on their laurels and let the final days of their lives fill, and justifiably so, with looking back or obsessing about what lay ahead for them.  Instead, they gave us compelling witness to what it means to keep living, keep creating, keep making every shot count.   There was nothing the least bit wrong with what had gotten them to that point in their lives– it wasn’t that kind of mulligan they took.  It was the kind that simply and beautifully said, “That was then, This is now.  And now is all we have to give.”

Cleveland Cavaliers and Chicago Cubs  Both teams were down 3 games to 1 in their respective championship series.  Both could feel the breath slipping away on the dreams that have haunted their respective fans for ages. The Cavaliers had never won a NBA title and the Cubs hadn’t won a World Series in over 100 years.  Yet they both found out (as did their opponents) that the games that came before mattered– and yet they didn’t matter.   It mattered that they were only one loss from elimination, but it was also irrelevant to the next game.  Just go out and play . And win.  And they did. And did. And did.   They took care of what was in front of them, and the rest took care of itself.

Mulligan Moments of the Year recognize the achievements (large and small), observations (grand and flippant) and contributions (tangible and ephemeral) of people, (famous, infamous, and unknown), that demonstrated the resolve, awareness, good intention and blind luck that occurs when you run like there’s no tomorrow and live like there’s no yesterday.  In short, someone who took a second chance and made it count.   Nominations are still being accepted via all my social media platforms, as follows:

I’m hiding in plain sight on: