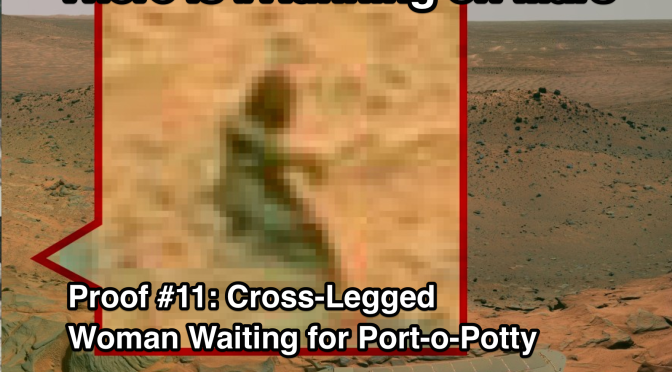 Despite mounting evidence, NASA refuses to confirm signs of running on Mars. NASA’s official positions is that the images transmitted from the surface of Mars by the rover Curiosity are nothing more than ordinary rock formations.  But a closer examination of these photos by our research team has revealed quite another story.  Judge for yourself these 11 Signs There is Running On Mars.  More signs to follow shortly, pending NASA security clearance.

No. 11 Cross-Legged Woman Waiting at Port-o-Potty 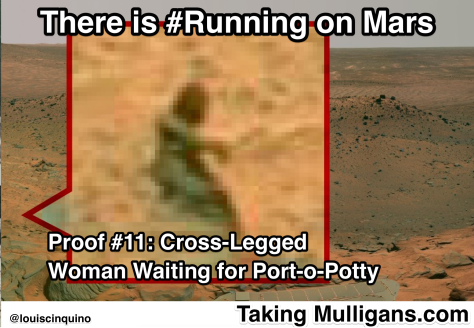